Grinding Deviance - Final Word...
Grinding Deviance has been around, off and on and in one form or another, since 2003.  Dozens of items have been annihilated in various DVD clips including cheap instruments, dollar store and flea market purchases and non working computer equipment.  In addition, my alter ego, 'Brussel Sprout', has sustained occasional/non-serious bumps, bruises, cuts, burns scrapes and sprains throughout the filming, gallons of high proof rum, Everclear, charcoal fluid and rubbing alcohol were used for the (ghetto cheap) pyrotechnics in the videos and hundreds of sheep (LITERALLY!!) were filmed and/or audio recorded at the former Michigan State Fair for sound effects.  More than anything, some of the most insidious and nauseating PUNS and sick humor in general were released to the world in the form of obnoxiously titled songs.
Well folks, here we are 10 years later.  'Brussel', "Grinding Deviance" and the concept of "Electronic Demolition Derby" * have gone as far as I/they/we/'Brussel' care to take it.  It was all fun 'n fine for awhile but the doldrums of life as well as some family/financial matters and several creative projects in other fields have collectively taken over my life.  Moreover, I think most would agree that while the concept of a masked man running around busting things up, breathing fire, staging obviously faked scale car crashes, making a general ass of himself and setting it all to harsh/industrial/noise/
experimental sounds with sheep baahh-ing added in (Whew!  THAT was a mouthful!!) might be funny and somewhat innovative at first, it stops being entertaining at some point.
Bottom line, for all the above reasons, this is the end, I mean, the REAL end, of Grinding Deviance as an active entity.  Have you ever known a one man band to break up before this time ?
Final thanks are extended to those who helped along the way including, but not limited to:  Myself, that Lady From Kentucky, Producer John, b'duh boy, Mike and Min, Mike Nobody and, most importantly, EWE (i.e., sheep, my biggest fans! :)  Baaaaaaaaaaaaaaaaahhhhhhhhhhhhhhhh!!!!!  :)     :)  )

Grinding Deviance Is Still THE WORLD'S WORST BAND, bar none !!!!

So Listen Up, You Motherfucker !!!!


*The phrases "Electronic Demolition Derby" and "Grinding Deviance" remain legal trademarks owned by John Pirog and, as such, may not be used by others to describe their band or style of music.  The 'band' is gone, but the legal red tape remains!

grinding.deviance@gmail.com
(( Note the dot between the words 'grinding' and 'deviance' !!!!))
Posted by John in Michigan at 8:05 PM No comments: 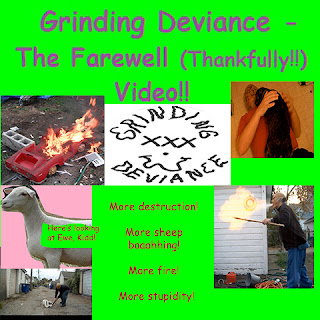 Grinding Deviance, the worlds' WORST band, appears one last time on DVD !!!
You heard right, folks.  Brussel Sprout, the biggest dork in the noise genre, is closing down the Grinding Deviance debacle to move on to other projects.  Before he moves on, he decided to (dis)favor everyone with one last DVD full of  exceedingly harsh electronic/computerized/industrial noise, mindless destruction of instruments and various props *, sheep 'baah-ing' sound effects, fire being used recklessly, lame puns, even lamer cartoon artwork and short skits of the general mishaps in Brussel's life.  The bonus audio track "I Feel Like My Head's About To Fall Off!!" is included as the encore and swan song of the Grinding Deviance years.

* 'Electronic demolition derby' is the trade marked, categoric name for Brussel's musical style of creating sound via the destruction of various items. 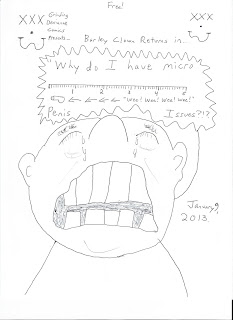 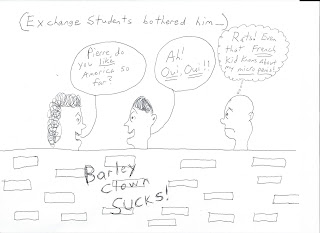 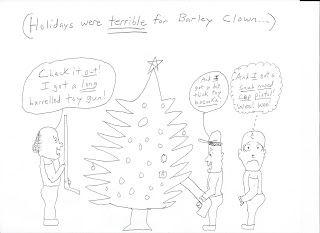 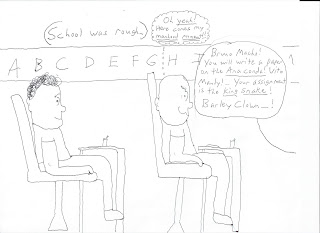 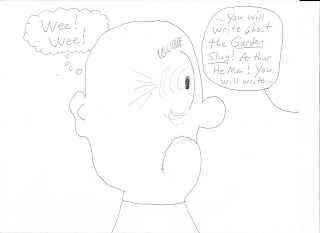 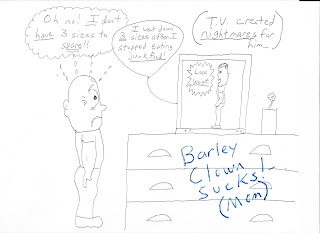 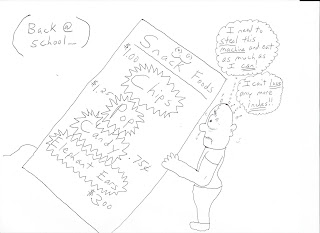 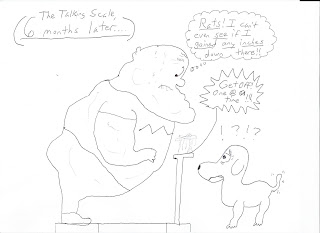 Posted by John in Michigan at 6:00 PM No comments: 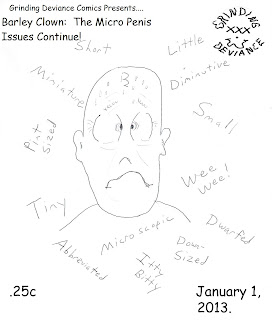 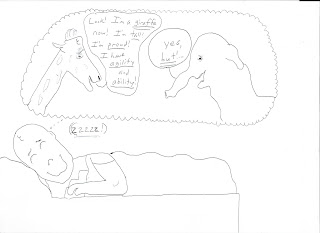 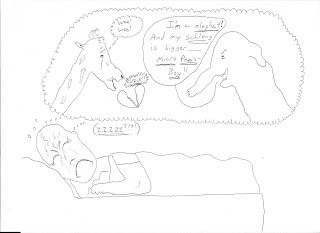 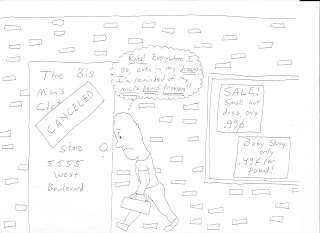 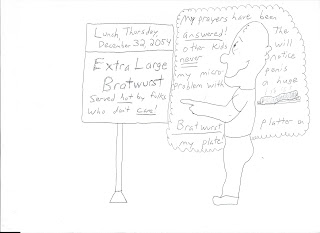 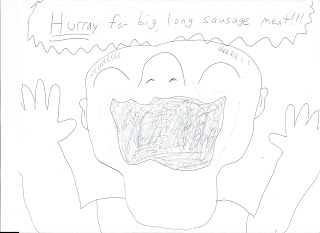 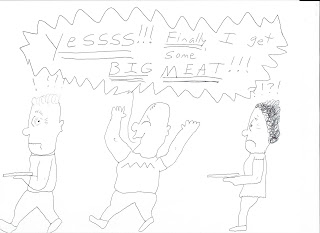 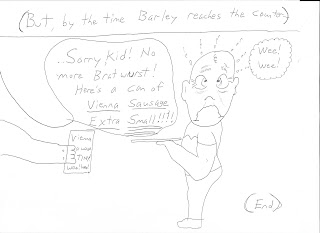 Posted by John in Michigan at 3:28 PM No comments: